All acne is a disorder of the sebaceous glands. Sebaceous glands produce a substance called sebum, which is responsible for keeping the skin moisturized. During adolescence sebaceous glands enlarge and produce more sebum under the influence of hormones, also called androgens. After about age 20, sebum production begins to decrease.

Problems arise when the sebum becomes trapped in the skin and hair follicles. The sebum is produced but gets trapped on the way out, and the cells that are normally sloughed off become “sticky”, plugging up the follicle. The process of obstructing follicles is called comedo genesis. It causes some follicles to form a type of acne called comedones, also known as blackheads and whiteheads.

Treatment methods that slough off the dead skin cells like Microdermabrasion can prevent sebum from becoming trapped in the follicles. These exfoliation methods also help to unblock obstructed follicles by removing the comedones. Skin exfoliation technology is incorporated in the Ultimate system.

A bacteria, known as Propionibacterium acnes, is a normal inhabitant of the skin. It uses sebum as a nutrient for growth, therefore increases in follicles during puberty. People with acne have more Propionibacterium acnes in their follicles than people without acne. The presence of bacteria attracts white blood cells to the follicle. This process causes an inflammatory response seen as papules (red bumps), pustules, and nodules. The bacteria also cause the formation of free fatty acids, which are irritants, increasing the inflammatory process in the follicle. The American Academy of Dermatology has reported that blue LED Light Therapy can be used to destroy the bacteria that produces the inflammation associated with propionibacterium acnes.

Other studies have shown that a combination of Red and Blue light LED therapy produced quicker results for the treatment of acne than the application of blue light alone.

Red and Blue LED Light Therapy technology is incorporated in the Ultimate system. 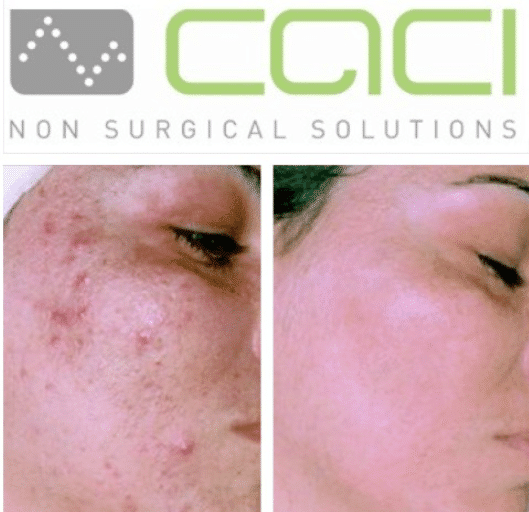 Why not call us today?